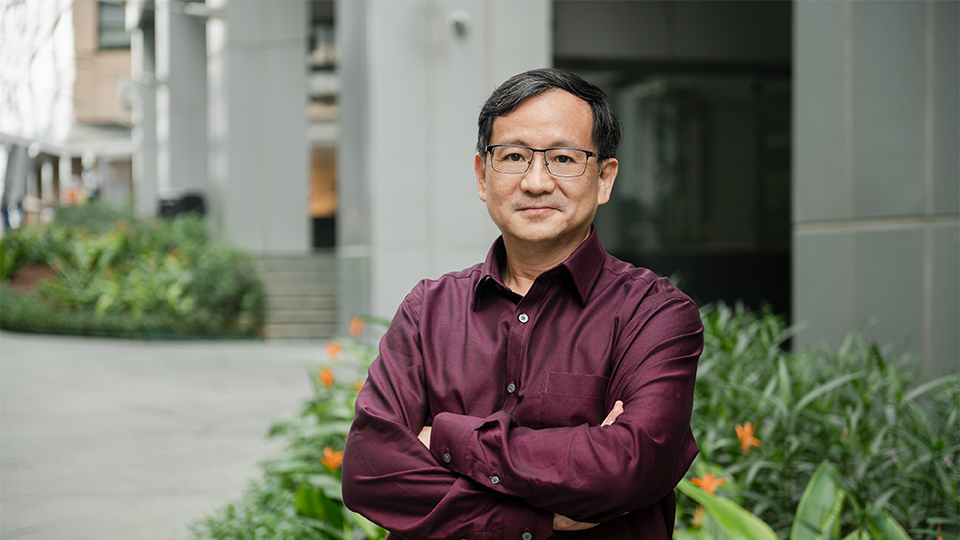 Congratulations to Associate Professor Too Heng-Phon from the Department of Biochemistry and NUS Centre for Cancer Research at NUS Medicine, who has been conferred the President’s Technology Award 2021 for his groundbreaking work in developing a method for accurate, versatile detection of microRNA disease biomarkers, leading to the clinical implementation of blood tests for early detection of diseases such as cancer. Assoc Prof Too is also the Co-founder, Chief Scientific Advisor and Non-executive Chairman of MiRXES, a leading Singapore-headquartered biotechnology company started in 2014, which has licensed and commercialised his miRNA detection technology.

For more than 10 years, Assoc Prof Too has been developing methods and assays for the accurate detection of miRNA biomarkers, the smallest pieces of genetic material. In 2010, he patented and published his work on the development of a miRNA qPCR assay platform technology which was subsequently commercialised and applied to the discovery of biomarkers for the early detection of cancers and other diseases. Notably, the technology has enabled the development of GASTROClear, the world’s first molecular blood test for the early detection of gastric cancer, which received the CE mark in 2017 and regulatory approval from Singapore’s Health Sciences Authority in 2019.

The test, developed in collaboration with the Agency for Science, Technology and Research (A*STAR), National University Hospital (NUH), and Tan Tock Seng Hospital (TTSH), is already changing clinical practice in hospitals and clinics in Singapore, and allowing patients with gastric cancer to be detected early, when they have the best chance of survival. Regulatory submissions for the gastric cancer test are underway in Japan and China, countries with some of the highest gastric cancer incidence worldwide.

The winners, who were selected by a distinguished panel of representatives from industry, academia, and research, received their awards from President Halimah Yacob during a ceremony at the Istana on 10 December 2021.

On being conferred the PTA, Assoc Prof Too said,

It is a humbling experience to receive the honour, and I am grateful for the people who have given us several opportunities along the journey. It is my hope that through these assays, we will detect even earlier stages of disease development, in order to intercept the progress of diseases and ultimately, save and improve more lives.”

As the Co-founder and Chief Scientific Advisor of MiRXES, Assoc Prof Too has seen the company grow from a three-man team to a global leader in miRNA technology and diagnostics today. Apart from the gastric cancer blood test, the technology has been used to develop assays for early detection of lung and breast cancer, with clinical validation studies done in collaboration with clinicians from Singapore and overseas published in high-impact scientific journals in the last two years.

The technology developed by Assoc Prof Too has been made available to life science researchers worldwide by MiRXES as part of the company’s suite of research reagents and services. It has been applied to basic research as well as clinical miRNA biomarker discovery for over 10 cancer types and over 30 disease types. Since its beginnings in Assoc Prof Too’s lab, the mission of MiRXES has been to save and improve lives by translating research discoveries from lab to the clinic, and this continues to be the thrust of his research today.

“I am proud that MiRXES continues to discover, develop, and deliver accurate assays for disease early detection, and is on an exciting journey to make their solutions accessible to all,” added Assoc Prof Too.

As we continue to celebrate gender diversity in science and in MiRXES’ very own workplace, we are actively looking for new talents to join our team. If you wish to follow in the footsteps of these five wonder women, take a look at our current job openings and see what role fits you the best! Access the list of open positions and apply here.